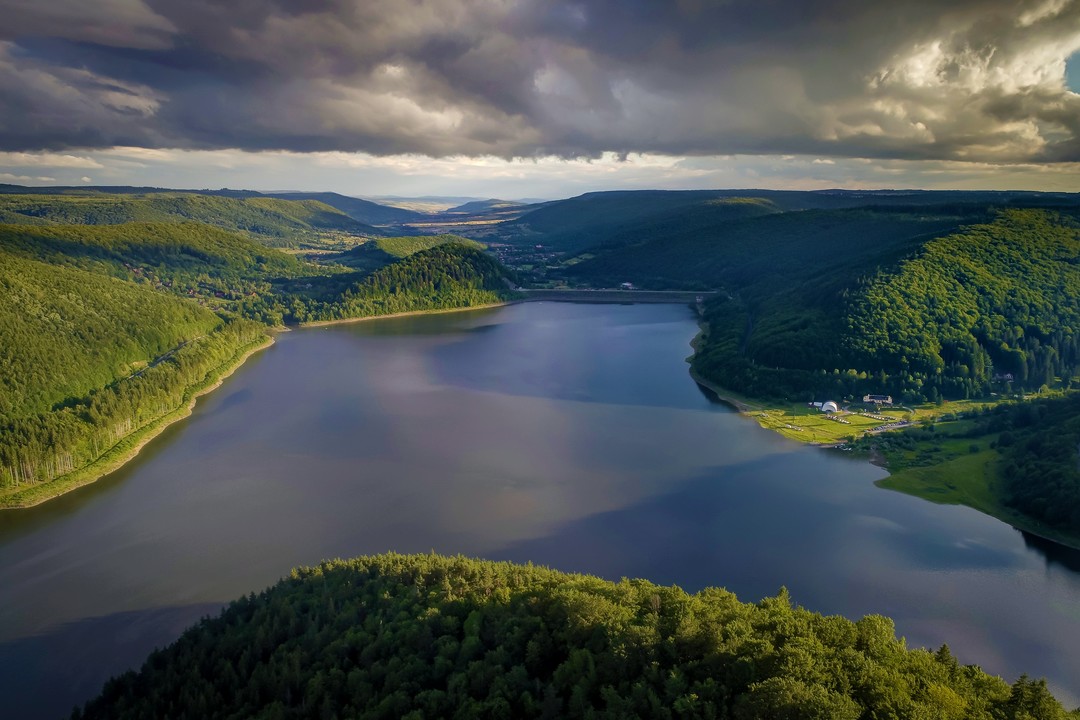 Zetea is the only artificial lake in the upper ​Târnava Mare area. The work on the dam began in 1976, and finished only in 1992. The goal of the dam was to protect against floods and to control the level of the river. The dam protects from floods the localities in the Târnava Mare valley, and in case of drought ensures the normal flow of water.

At first, the fauna was made of migratory fish from the brooks. The most significant quantity is the common chub, followed by trout. The lake was populated with other smaller species, such as belica, spirlin, common bleak, Romanian barbel, but the fish fauna was also enriched with Prussian carp, common carp, zander, pike, nase, common bream, burbot, and even perch. You can fish both from the shore and from the boat, which are mainly used by fishermen who use spinners or fly fishing.

The natural source of the Mureş river